This SENIOR SOFTWARE ENGINEER role is with a PRODUCT DEVELOPMENT COMPANY who build many of the most successful ENTERTAINMENT PRODUCTS globally.

If you join them, you will engineer brand new software products (which will be used by millions of people) and not be bored spending your days fixing other people’s poor code or responding to client tickets (which really should be dealt with by junior developers).

This SENIOR DEVELOPER (FULL STACK) role is based in KZN and offers a salary of between R1.2 Million – R1.6 Million.

THE COMPANY: employing 2000 people, have engineered many of the most use Entertainment Products, globally. They are an established SOFTWARE PRODUCT ENGINEERING Business.

THE OPPORTUNITY is to really enhance the building of web applications using Components and libraries being developed by Google’s developers and contributors on GitHub.

This will put you in an environment which innovates in the same way as Google, YouTube, YouTube Gaming, Netflix, Electronics Arts, Comcast, Nuxeo, ING, Coca-Cola, McDonald's, BBVA, IBM and General Electric.

I’m sure you can see why this role might be good for your career!

REQUIRED SKILLS (all need to be at an advanced level): 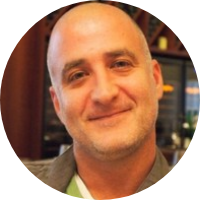 We use necessary cookies to make our site work. We'd also set analytics cookies to help us improve it. Using this tool will set a cookie on your device to remember your preferences.